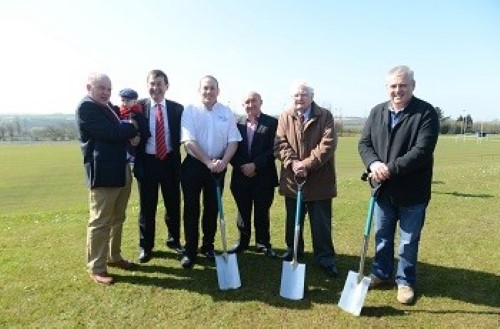 Darlow Lloyd Construction Ltd has successfully procured the contract to Design and Build a new clubhouse for Cefn Cribwr Rugby Football Club Limited. The contract takes DLC into new market areas of Development as the deals involves purchase of the existing Club House to part fund the proposed new build. DLC will acquire the Club house for potential residential development as part of the construction contract with a view of potentially developing between the 2013, 2014 period.

The acquisition of redundant buildings and small parcels of land directly linked to potential traditional contracts for DLC will see the Darlow Lloyd Group expand into design and development in the 2013, 2014 period.

Proposals for a new development arm of the group to be formed are currently underway which will facilitate any small speculative building schemes.
Commercial Director Alex Williams has stated. ‘This new approach of engaging with potential clients has successfully taken us into the recreational industry and we look forward to our first completed project of this nature by July 2013. Cefn Cribwr RFC has waited some time for this new club and is very passionate about this scheme. It is a pleasure to be involved with such a dedicated body of people’.