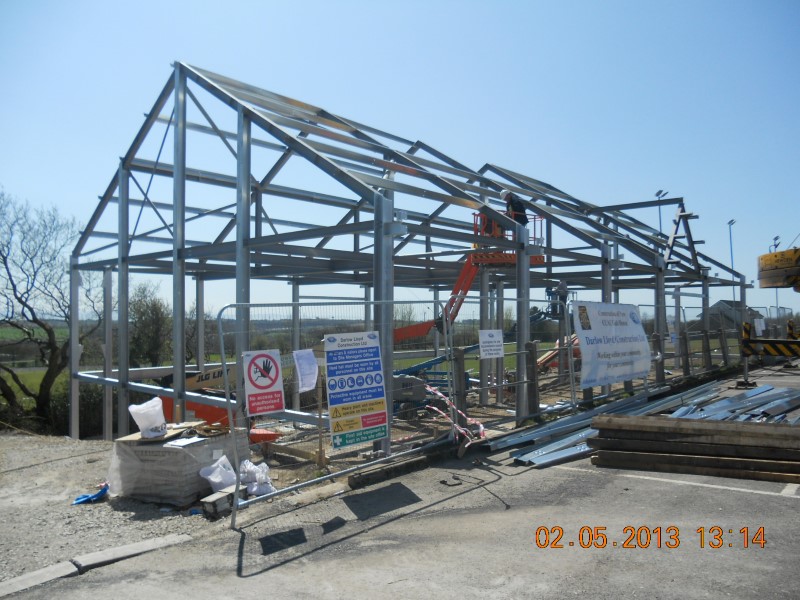 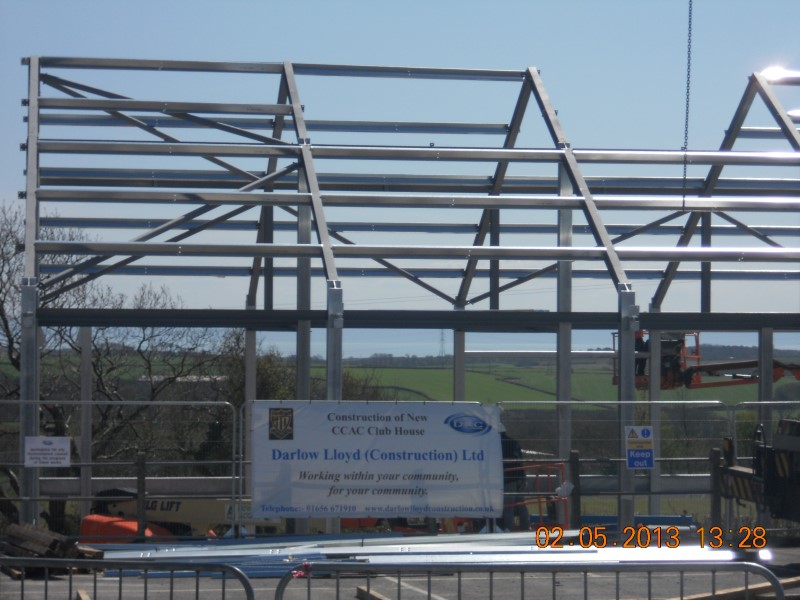 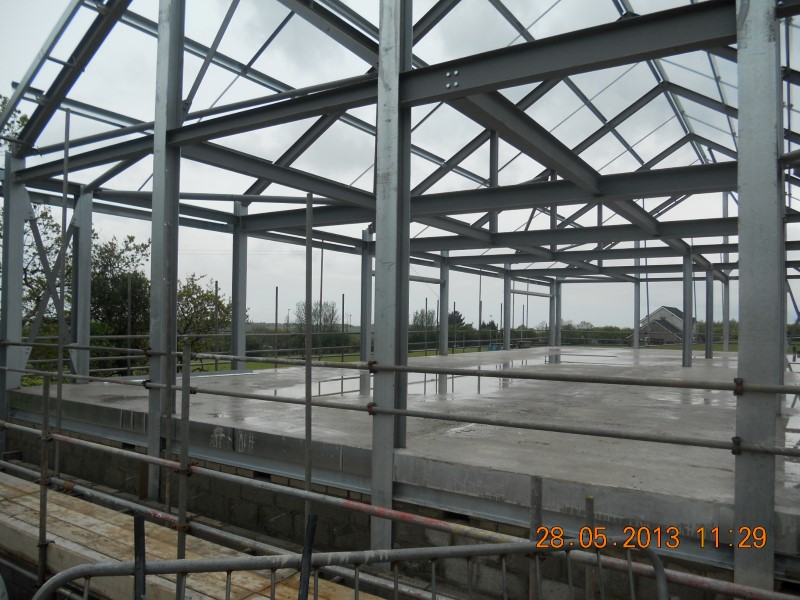 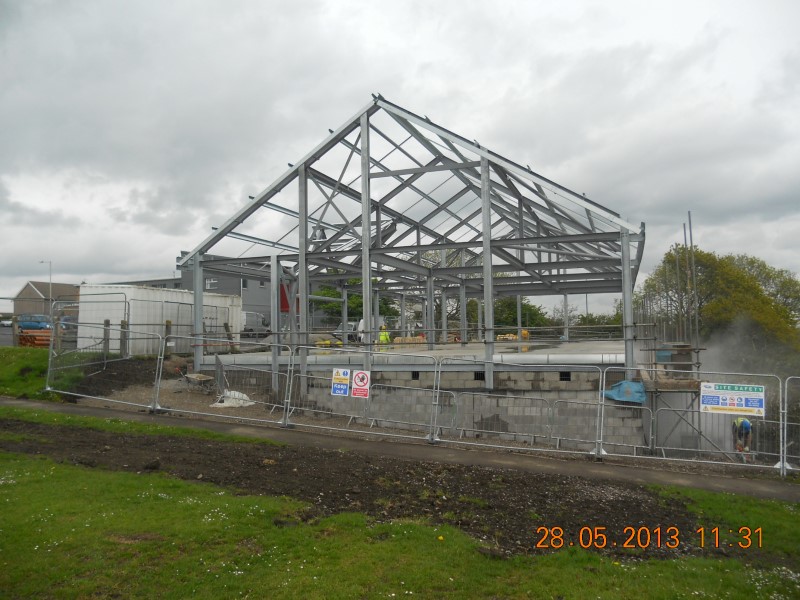 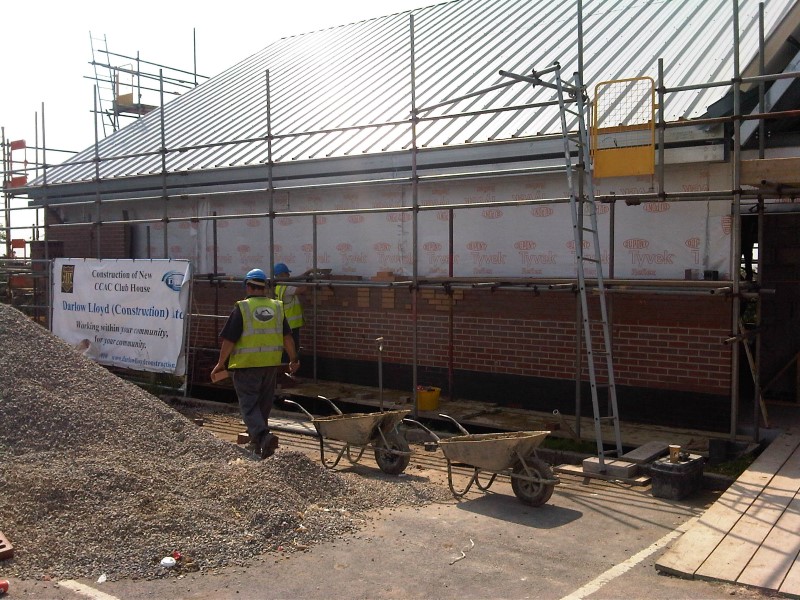 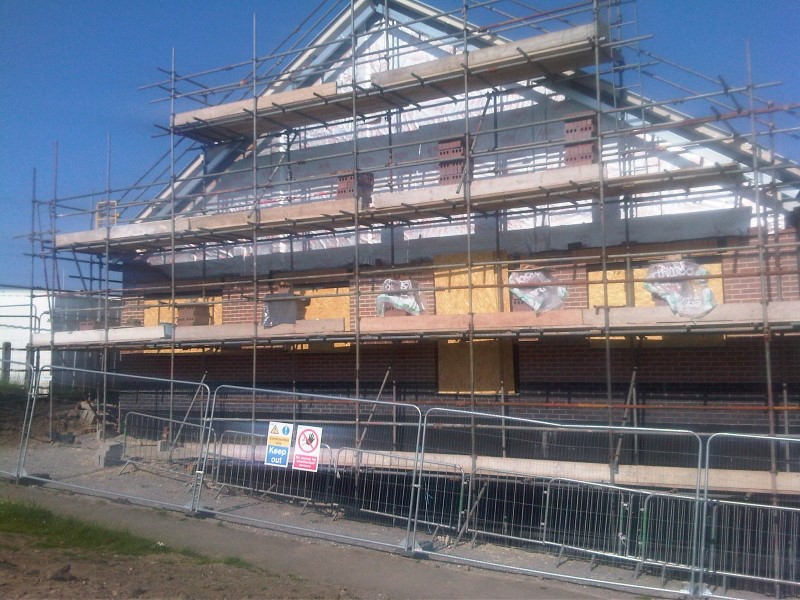 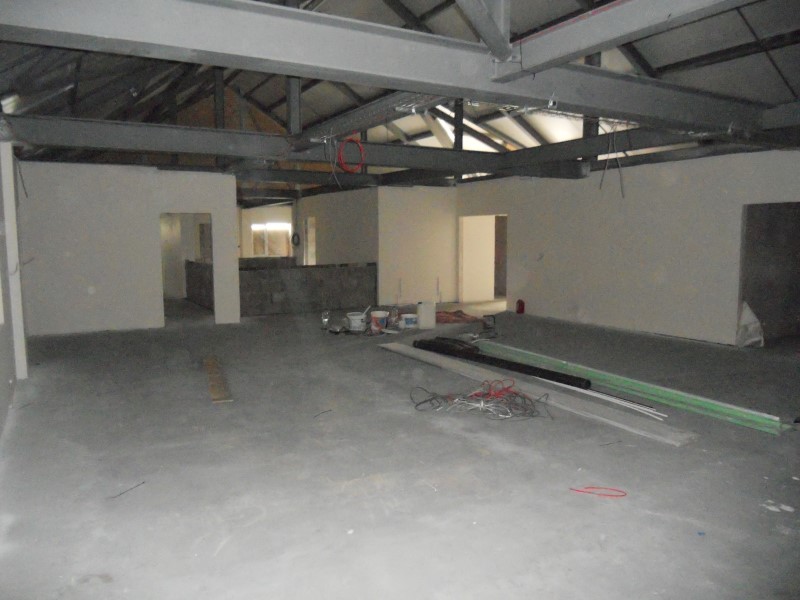 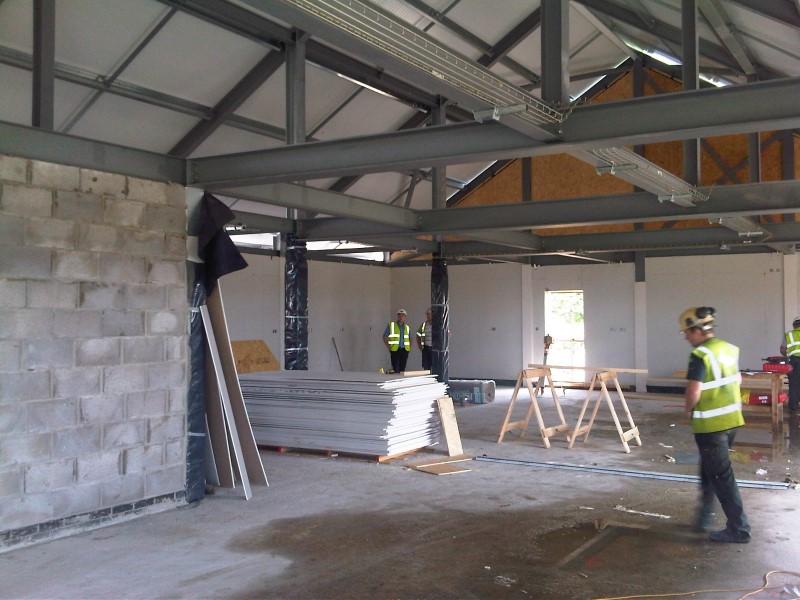 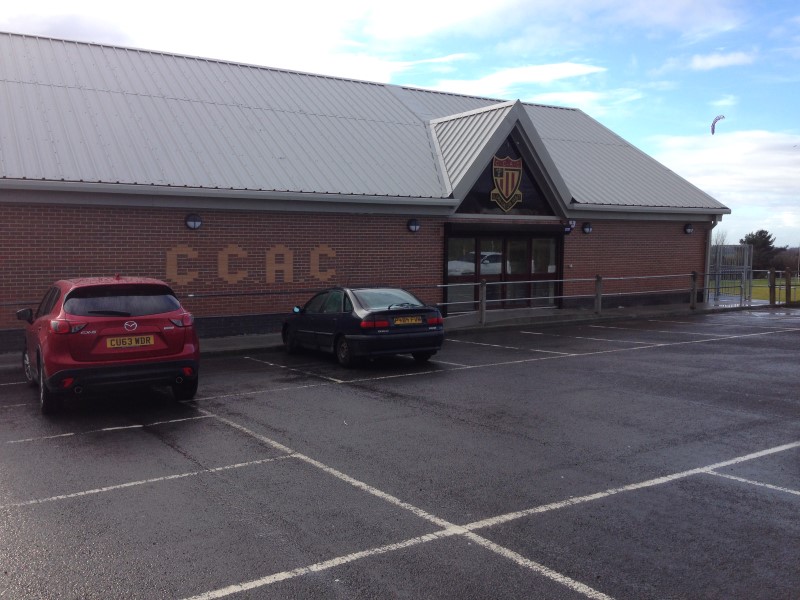 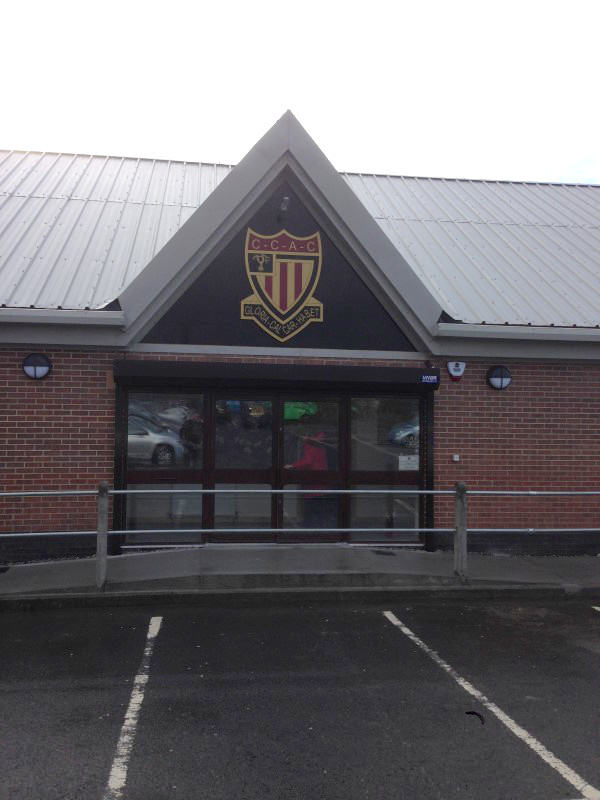 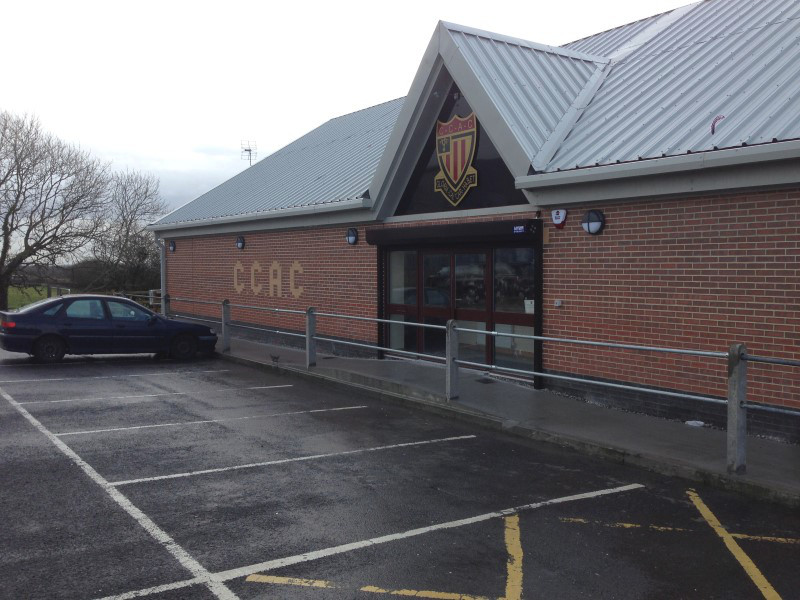 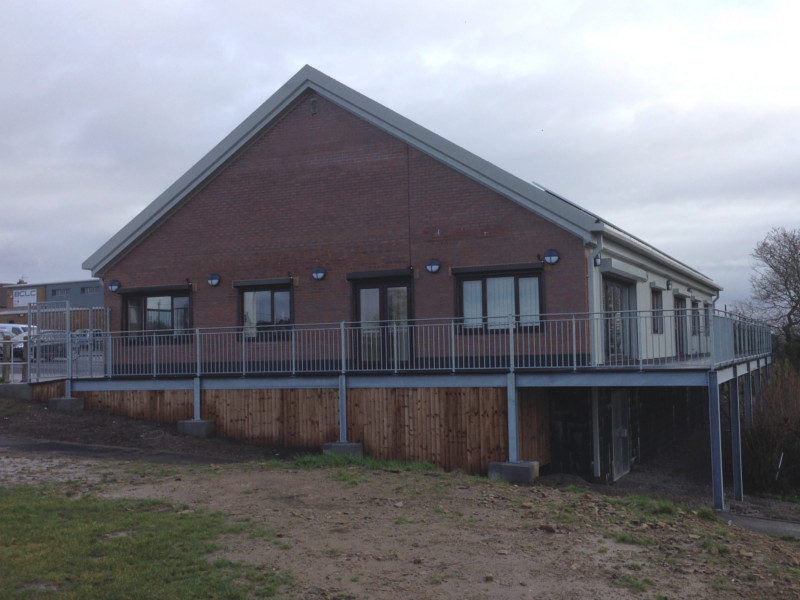 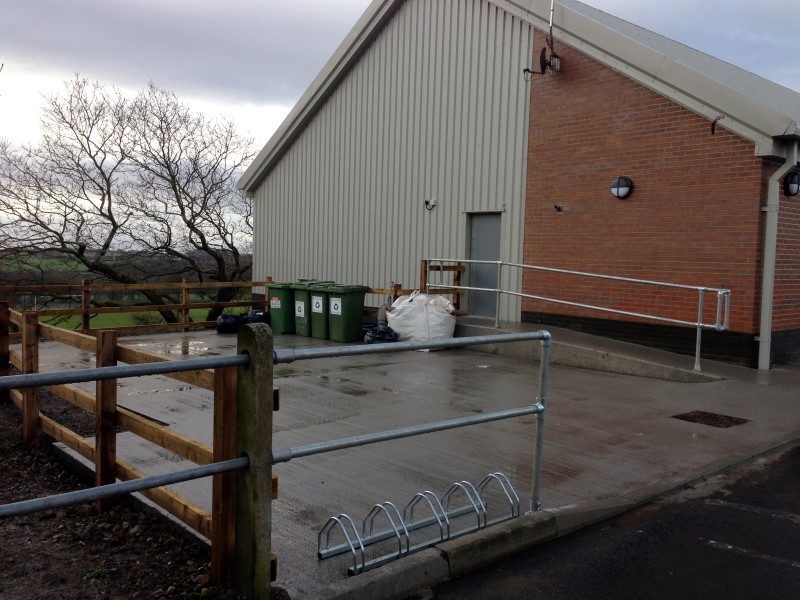 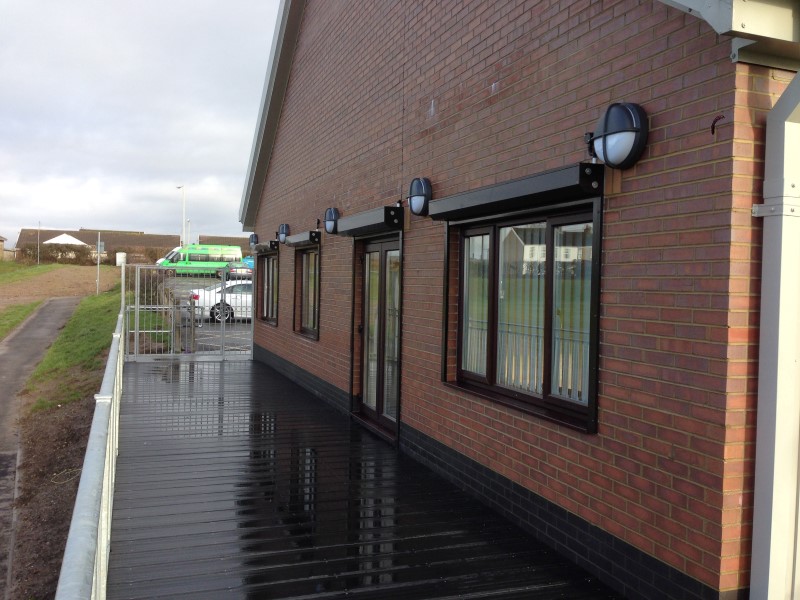 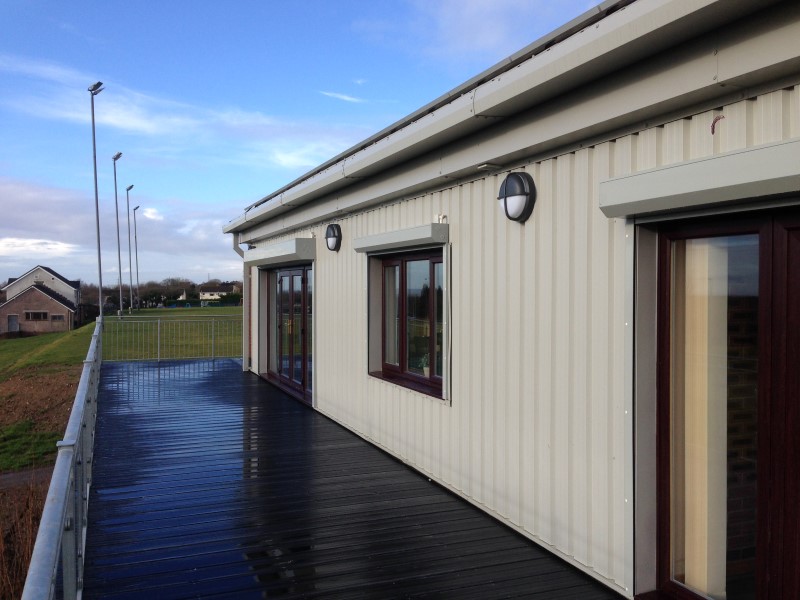 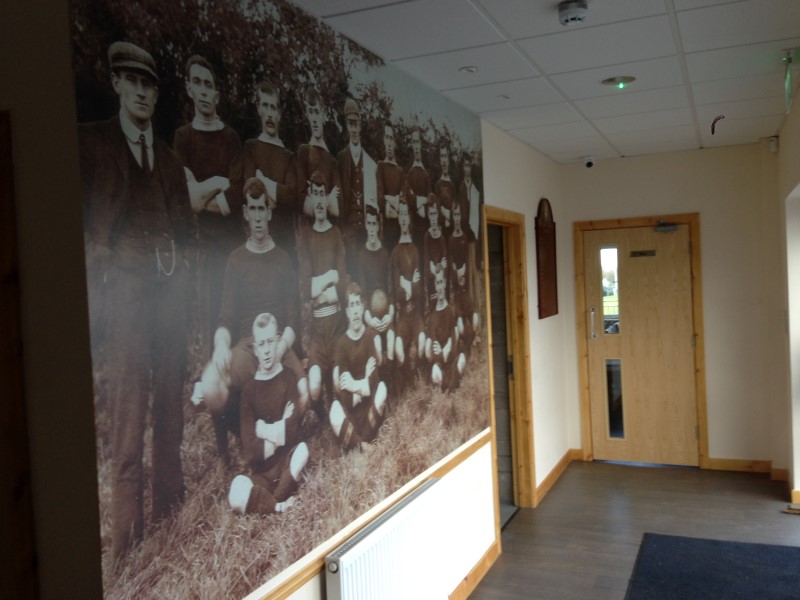 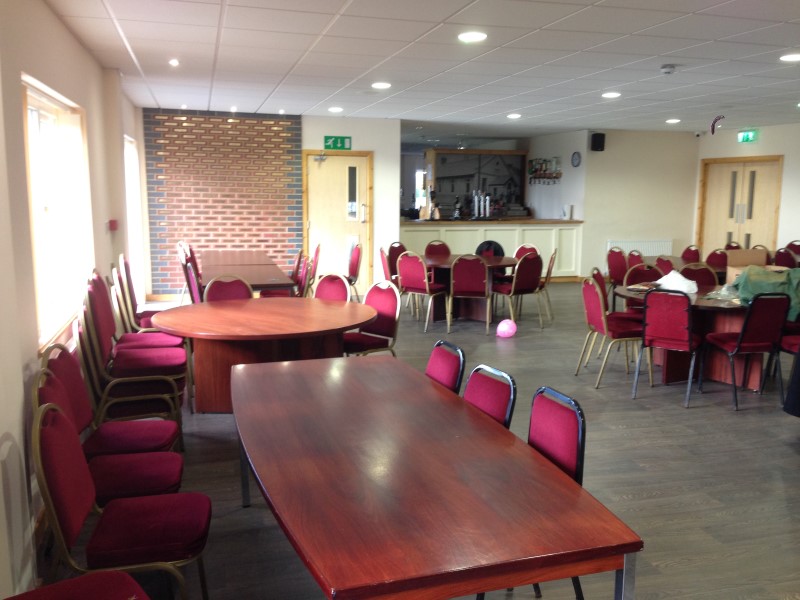 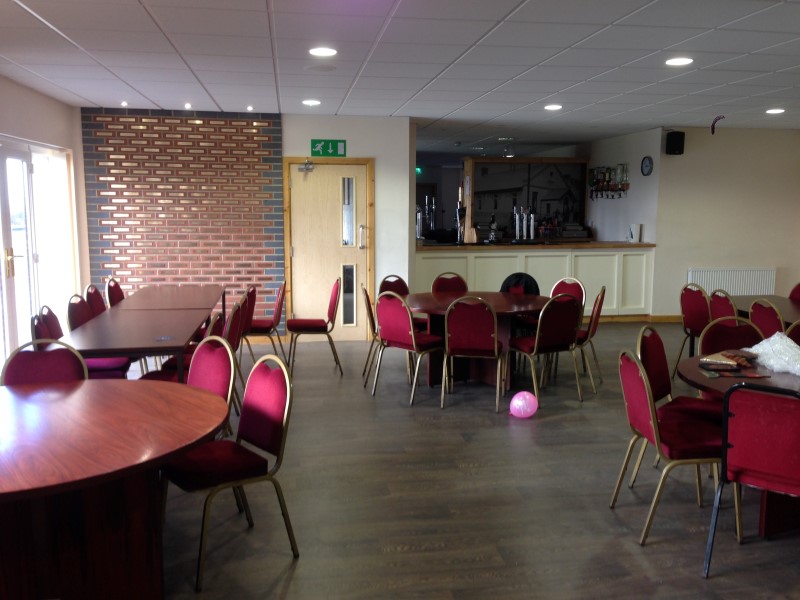 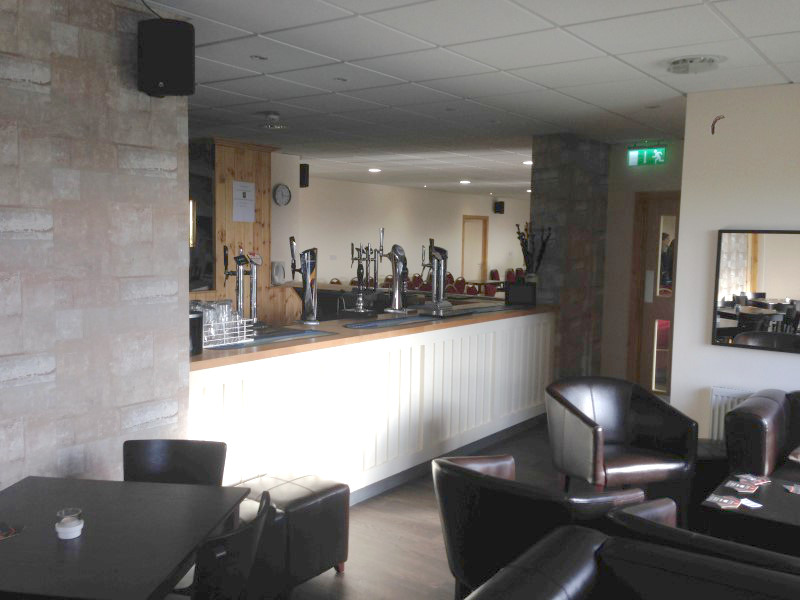 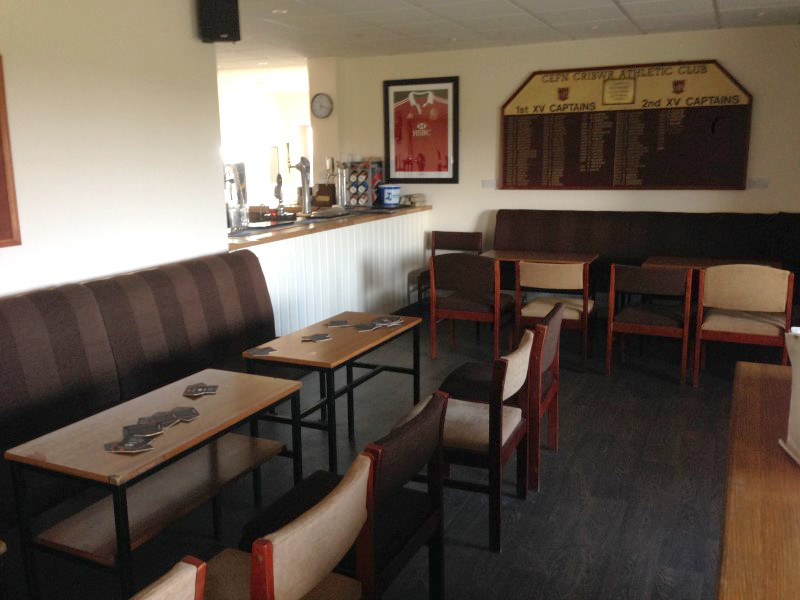 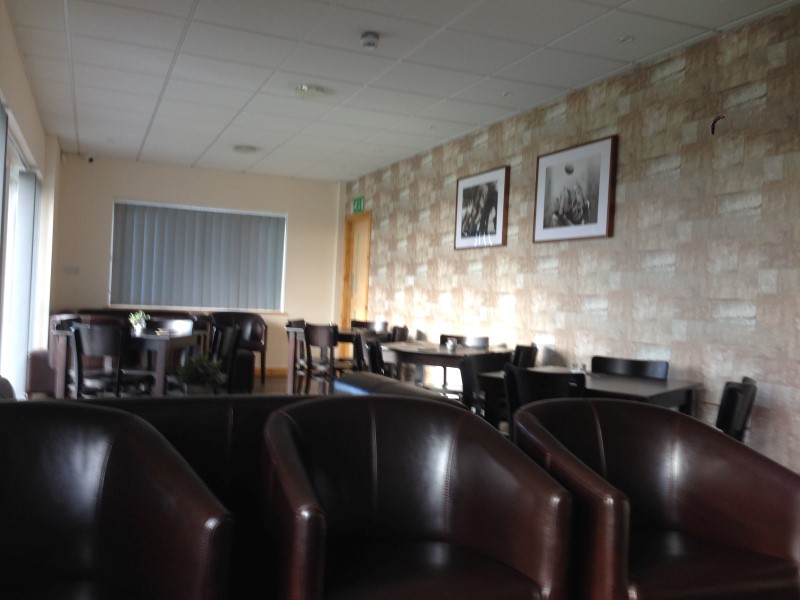 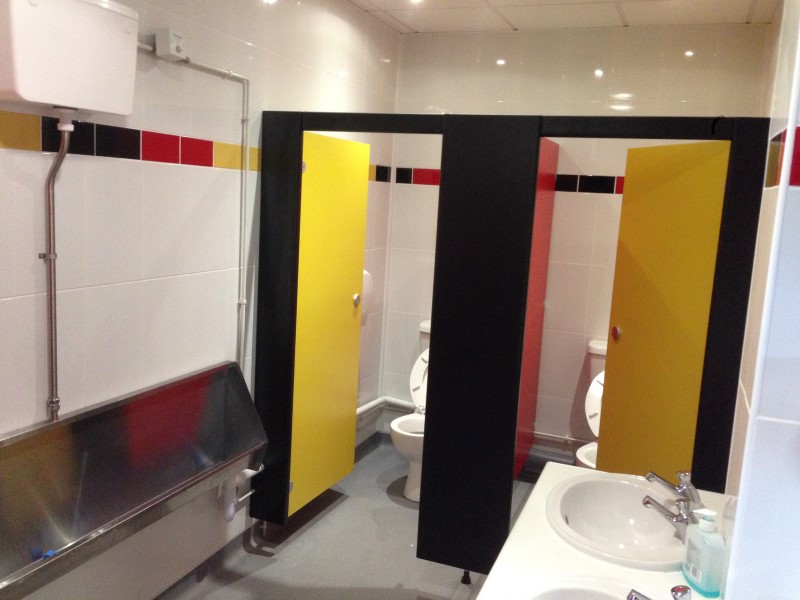 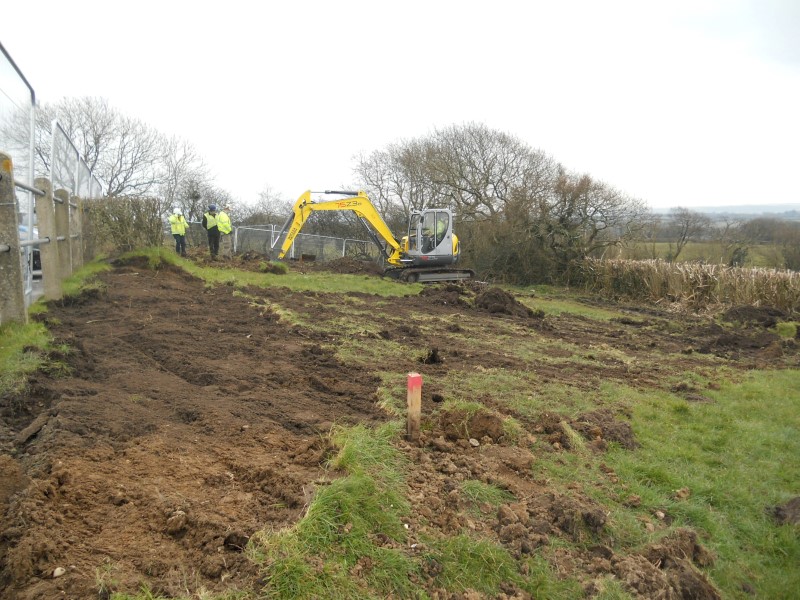 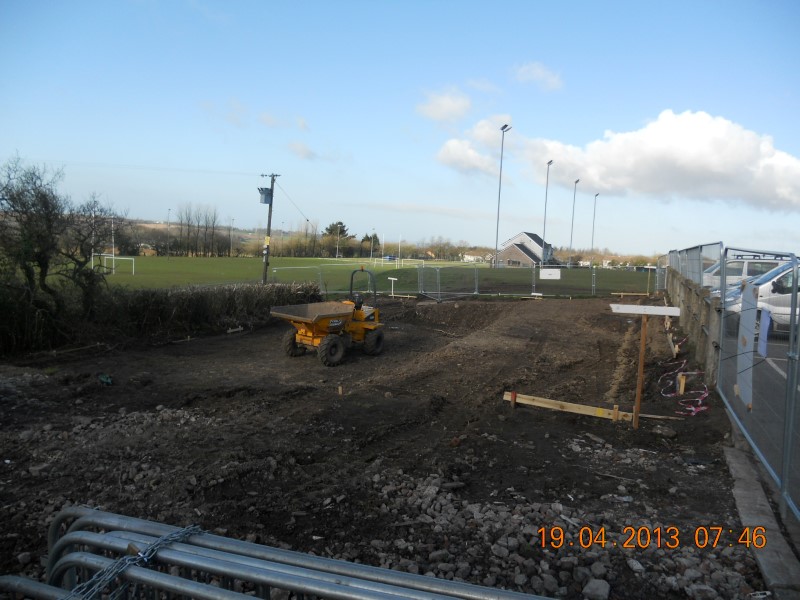 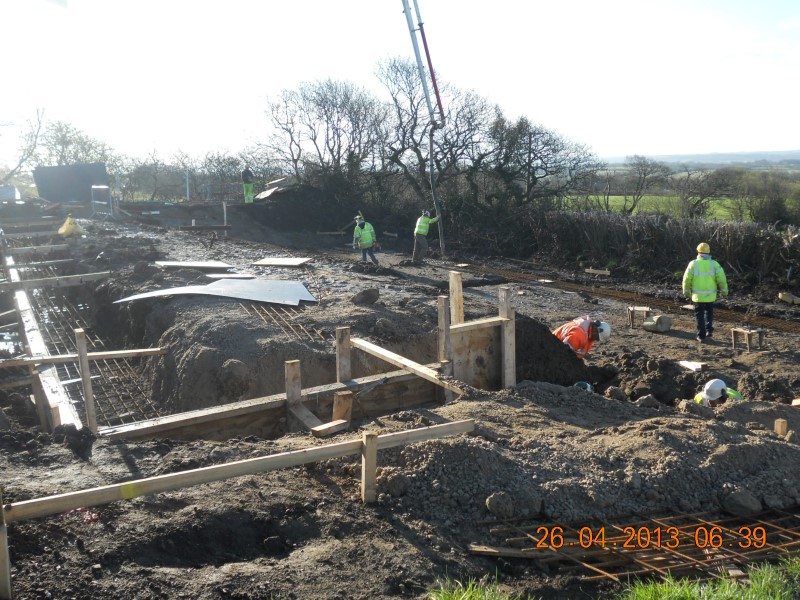 Cefn Cribwr Rugby Football club currently plays in the SWALEC division four South-West League and is heading into its 125 year anniversary next season. The existing club located in the heart of the village has been occupied since 1964 and has long served its working life. It was identified in an AGM by the 1961 committee that the future of the club success would be with a club house built alongside the pitch.

After 52 years of committee members working hard behind the scenes they managed to secure funding from a core development grant from the WRU. The Millennium Stadium Charitable Trust and the Waterloo Foundation provided funding for the project, along with the sale of the existing site for development allowed the project to be completed.
Wales & Lions coach Warren Gatland and WRU chief executive Roger Lewis revisited the grassroots of Welsh rugby to attend a ‘cutting of the sod’ ceremony at the Cefn Cribwr Club in Bridgend prior to the commencement of the new project. Roger Lewis who grew up locally and also happens to be president of the club stated “Cefn Cribwr have been smart in the way they have worked to source funding and all the hard work they have done has paid dividends as we can see today”.

C.D.Gray and RR Architects were appointed to produce the civil, structural and internal layout of the club working from previous planning drawings that the club committee had developed. The site adjacent to the existing playing fields had a considerable slope that originally called for substantial retaining structures that would have drained limited project budgets without adding valve to the overall project. DLC redesigned the original prefabricated building proposed by the Club and constructed a steel framed structure that sits on stepped foundations that work with the re-engineered slope. The steel frame was designed as ‘future proof’, with additional space within a formed basement area and also potential within the roof space for additional rooms.

A site fabricated timber frame was fitted to the steel structure providing insulation and service voids required for the building. This system ensured that the building was thermally efficient, reducing the clubs running costs for the future. The timber frame was enclosed by a combination of single skin cladding and facing brickwork incorporating the clubs emblem.
The roof was constructed using a composite insulated panel system which also allows for the club’s future expansion minimising work required to create additional habitable spaces.
Internally, the main clubhouse suspended floor was cast in-situ concrete over metal decking system robust enough allow for the large number of guests expected at the club. Internal walls were designed with OSB backed Plasterboard providing a strong and resilient finish suitable for the building.

The building was fitted with an elevated wrap around metal/composite deck ensuring that the excellent views over the Bristol Channel, Somerset, and Devon to Cornwall could be enjoyed, as well as the clubs rugby on the adjacent pitch.

During and prior to the construction phase Darlow Lloyd Construction worked very closely with clubs committee to ensure that the project budget stretched as far as possible to deliver the building they had been waiting for. The M&E package and elements of the fit out works were outside of DLC’s scope of works however they were incorporated into the project programme along with the H & S management. Construction materials donated from local sponsoring companies were incorporated into the building further maximising the clubs budget.

DLC are very proud to have delivered this community lead project beyond the expectations of Cefn Cribwr’s very hard working committee. We hope the club enjoys the building both now and for the future generations of local rugby stars.

Commercial Director Alex Williams stated “We are extremely happy that the new club has been received well by the past and present members of the club. We wish the club every success moving forward on and off the pitch”.

Managing Director Carl Burridge stated “As a past local rugby player from Maesteg, I can remember being on the receiving end of some very physical matches against Cefn Cribwr. The pride that surrounds the club and its members is very positive for the future of grass root rugby. DLC are very proud to have delivered this project in time for the clubs 125 year anniversary next season”.